The East coast and the South

The east coast of Istria with its steeply rising rocky coast is clearly more rugged than the flat west. Over extensive chestnut forests, Mediterranean scrubland and olive groves, however, you will find beautiful unspoiled bays with crystal-clear water and magnificent views of the islands of Kvarner Bay. Between the imposing seaside resorts of Opatija and Lovran (which do not belong geographically to Istria) and the Učka Mountains in the extreme north and the lively tourist centres in the south of the peninsula, a gentle tourism has developed that is an ideal destination for all those seeking peace and quiet. With its many small winding roads, this is also a paradise for cyclists and motorcyclists.

The southern tip of Istria presents itself in a completely different way: the bustling metropolis of Pula with its many relics from the Roman era as well as the bathing resorts of Medulin and Premantura are popular holiday destinations for young and old. In the extreme south of the peninsula, the Rt Kamenjak Nature Park is an absolute highlight! 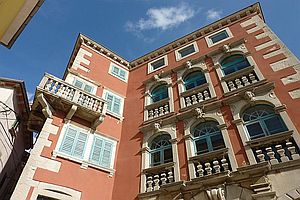 Anyone planning a trip to the east coast of Istria, should consider a stop in Labin. The medieval old town of Labin is situated on a rock high above the popular seaside resort of Rabac. On a tour through the 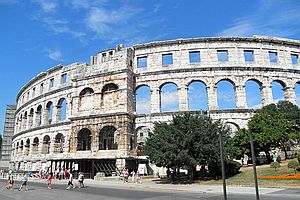 The vibrant metropolis in the far south of Istria is one of the oldest cities at the Adriatic Sea and was once the most important Roman city in Istria. From this time remains the biggest attraction of Pula, the Arena, 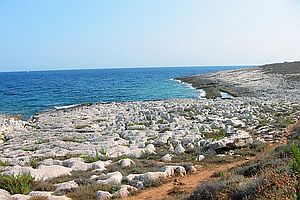 A special highlight is the Rt Kamenjak. During a longer stay in Istria you should definitely take a day trip there! Kamenjak is located south of Pula and forms the southern tip of Istria. The nature park offers on both 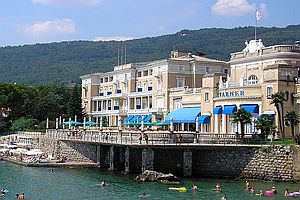 At the far north-east of Istria, just before Rijeka, is the famous seaside resort of Opatija located. With its magnificent boulevard, the exotic parks and colorful flower gardens Opatija exudes today a touch of the